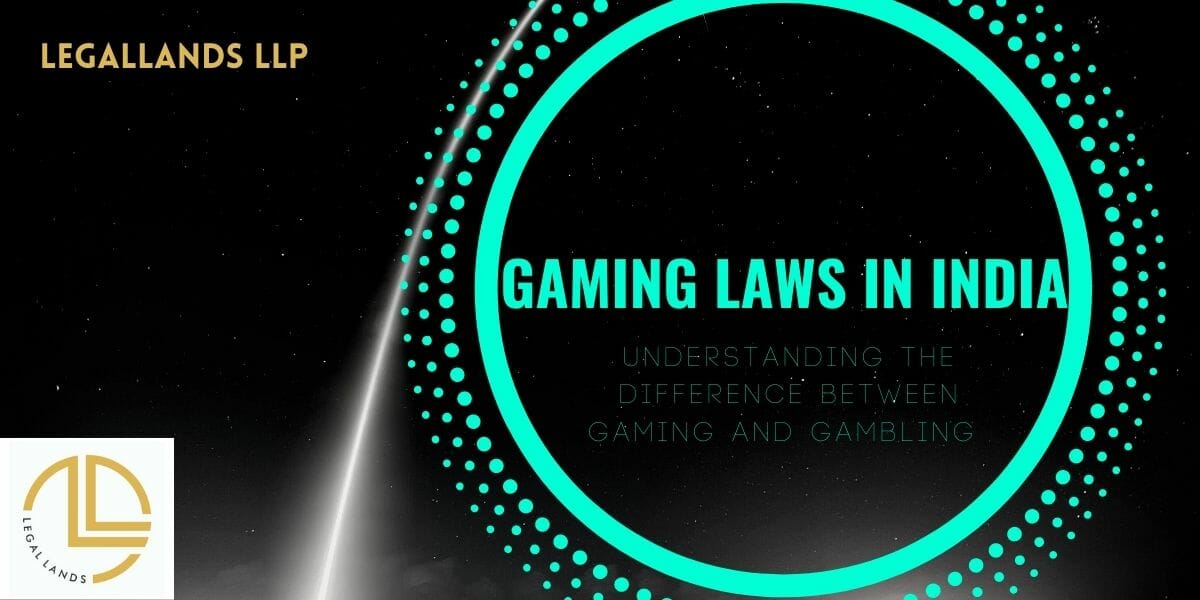 India has a long history of gaming law. All throughout the civilizations gaming in relation to Dice has been found dating as far back as 3000 B.C. Gambling during Indian festivities is considered auspicious and has a religious connotation attached to it.

The Indian court recognizes gambling during Indian festivities like Diwali, provided it is among friends and not in public. The Hon’ble Supreme court in a highlighted case of Nimmagadda Raghavalu & ors v. Unknown, The Madras High Court held that:

The presumption of gambling on Diwali is not so strong as the gambling at other times . . . . A person simply allowing the use of his house to gamblers during Diwali festival without any idea of demanding rent etc, cannot be said to be keeping a common gaming house. Gambling on Diwali day should not be considered to be an offense.”

Nevertheless, with the intention of regulating gaming in India Public Gambling act, 1867 was implemented. However, state legislatures under the Constitution of India, have been given the power to form state-specific gaming laws and regulations.

The gambling act is a central legislation which has been adopted by some state while the other state has implemented laws according to their need and specificity.

The gaming industry has witnessed a mountainous shift with the evolution of televisions, digital, and online gaming models. Under the governance of Modi government, digital India has digitized the whole gaming scenario which has led to the improvement of infrastructure.

This huge rise is evidenced by a study by KPMG India dated September 2019, it is suggested that the Indian online gaming industry is set to become an INR 25.3 billion industry by 2024. Seeing the rise in popularity of online gaming many foreign companies have set up their operation and more are thinking of further setting up operations in India.

But there is an unsaid obstacle when it comes to legal aspects of gaming. While in other countries laws are pretty straight forward, India has a much more complex structure of regulations which makes it difficult to point out whether certain games are pushing the legalities to the grey area or not.

LEGALLANDS has well-qualified team and experienced lawyers in Delhi with expertise in Gaming and Gambling Laws in India. Register your online gaming company and discuss your queries today with LEGALLANDS at connect@lawyer.legallands.com or call us at +91 11 4604 5777/ 8777.

The central act on gambling and gaming called the Public Gambling Act, 1867 has been adopted by Uttar Pradesh, Delhi and Madhya Pradesh. But other states have enacted laws regulating gaming and gambling according to their concerns. These states are as follows:

UNDERSTANDING THE DIFFERENCE BETWEEN GAMING AND GAMBLING

The view has been given by the Hon’ble Supreme court of India as the state enactments are silent on how to categorize a game under gambling or gaming. Through the case of Hon’ble Supreme Court has held that:

“Games may be of chance, or of skill or of skill and chance combined. A game of chance is determined entirely or in part by lot or mere luck. The throw of the dice, the turning of the wheel, the shuffling of the cards, are all modes of chance.

In these games, the result is wholly uncertain and doubtful. No human mind knows or can know what it will be until the dice is thrown, the wheel stops its revolution or the dealer has dealt with the cards. A game of skill, on the other hand – although the element of chance necessarily cannot be entirely eliminated – is one in which success depends principally upon the superior knowledge, training, attention, experience and adroitness of the player. Golf, chess and even Rummy are considered to be games of skill.

Hon’ble Supreme Court of India thus has given a definite litmus test for a game to be considered as casual gaming and is not criminally liable. Categorization depends upon the game being skilled or chance being games.

ONLINE GAMBLING OR GAME OF CHANCE

Gambling as per the laws is defined as act of wagering money or betting for money and money’s worth and where there is major involvement of luck.

Gambling, however, does not include wagering on horses and dogs under certain circumstances and lotteries.

Only states of Nagaland and Telangana have specifically extended their state enactments online. The state of Sikkim has introduced a licensing regime for online gaming offered throughout state intranet.

Gambling has been legalized only in Sikkim, Nagaland and Goa. While casinos are allowed in Goa and Sikkim. While Nagaland has specifically categorized poker as game of skill.

LEGALLANDS has well-qualified team and experienced lawyers in Delhi with expertise in Gaming and Gambling Laws in India. Register your online gaming company and discuss your queries today with LEGALLANDS at connect@lawyer.legallands.com or call us at +91 11 4604 5777/ 8777.

Unlawful gambling has been defined in Public Gaming act, 1867 and the fines levied on the person accused of unlawful gambling is 200 rupees or imprisonment of term not exceeding 3 months for owning, keeping or having charge of a gaming house and a fine of Rs. 100 or imprisonment of one month if gambling is done within the housing premises. While this is a center based fine due to gambling laws not being uniform different states have different penalties being imposed on the unlawful activity of gambling.

HOW CAN LICENSE BE PROCURED FOR GAMBLING?

Depending upon the type of product and medium through which it is sought to be offered, licenses may be offered for certain products like:

Casinos: Licenses are offered in Goa, Daman and Diu under GDD Act and in Sikkim under Sikkim Casino Law.

Poker: Operators in India may offer skilled versions of poker without a license except in states like Sikkim, Nagaland, Telangana, and Gujarat. In Nagaland, you need a license to offer poker as a game.

Sports/horse betting:  A license is required for the physical betting of horses which does not include foreign horse racing.

The key requirement for applying for a license are entailed below:

In Nagaland, a non-refundable application fee of INR 50,000/- is to accompany the application.

While in Sikkim fees for casino application is INR 5000/- along with INR 500 for online gaming.

In the case of Goa cost of the license is INR 2 million for onshore and offshore casinos, regardless of the number of tables or machines installed in the licensed premise.

In the case of Sikkim

Casino: The gaming fees payable by the licensee to the government of Sikkim is 10% of the gross gaming yield or INR 1 crore whichever is higher in the first year.

Online: INR 1 lakh annual fees under Sikkim Rules and Regulations and gaming levy of 1% of the gross game yielding to the state government.

Goa: There is an annual fee of 25 million (INR) per annum, per 100 square of land-based casinos in five-star hotels, and INR 70 million for offshore.

As per the rules of the Bar Council of India, we are not permitted to solicit work and advertise. By clicking “I agree” below, you acknowledge the following:

There has been no advertisement, personal communication, solicitation, invitation or inducement of any sort whatsoever from us or any of our members to solicit any work through this website;
The user wishes to gain more information about us for his/her own information and use;
The information about us is provided to the user only on his/her specific request and any information obtained or materials downloaded from this website is completely at the user’s volition and any transmission, receipt or use of this site would not create any lawyer-client relationship.

The information provided under this website is solely available at your request for informational purposes only, should not be interpreted as soliciting or advertisement. We are not liable for any consequence of any action taken by the user relying on material/information provided under this website. In cases where the user has any legal issues, he/she in all cases must seek independent legal advice.